Over eight months, Plaintiff's account balances dwindled. It turned out that a man named Michael Knight ("Knight") identified himself as a personal manager with BOA, and instructed Plaintiff to make transactions from her accounts, leading to large sums of money being transferred to individuals unknown to her. [Quotations below are taken directly from the case.]

"Plaintiff specifically describes at least twenty instances of fraudulent activity involving at least four of Plaintiff's bank accounts. Plaintiff claims that BOA failed to investigate or inquire about these questionable banking activities, even after being advised by Plaintiff's daughter that Plaintiff was being exploited. Moreover, when BOA finally did begin to investigate, Plaintiff alleges that BOA took no action to either notify her or to stop the fraudulent activity."

Plaintiff argued BOA violated Florida's Adult Protective Services Act ("Act"). "...the Act requires any bank 'who knows, or has reasonable cause to suspect, that a vulnerable adult has been or is being...exploited' to report such exploitation to the Florida Department of Children and Families. The Act defines 'vulnerable adult' to include any person over eighteen years of age who is unable to perform everyday activities due to 'the infirmities of aging.'"

If you suspect elder exploitation, please contact the Department of Children and Families at 1-800-962-2873. 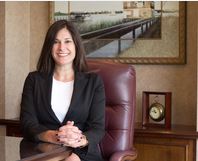